Only a wanderer can truly appreciate the sanctity of a home. Throughout her life, Frances Willard proved a machine of energy: traveling, writing, organizing, and speaking– all for the cause of women.  Though Frances Willard defines Rest Cottage, the globe-trotting Willard was often away from it. Scavenging through Willard’s personal writings, one can see that when she returned to the home itself — her rest cottage profoundly affected her. Its walls, and the people those walls contained, were her support– physical and living reminders of her efforts.

Since the walls can’t quite talk. . . we turn to other means. 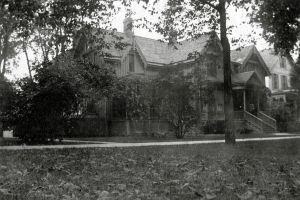 Courtesy of The Frances E. Willard Memorial Library and Archives.

Though the name is “Rest”, work formed a central part of her time at home.  Nothing suggests that ever Frances enjoyed being anything but a worker bee of activity:

What her voice tells us here about Rest Cottage is some more of a nuanced role.  She is referring to it as a place of rest, while at the same moments christening it as a “humming hive”.  However, this is also mixed in how she sought out family and friends at home to help buoy her spirits in the midst of much toil.  Rest Cottage provided both the battleground and the rest from her efforts. In her journey from young woman to world-renowned activist — we can see that when her eyes set upon Rest Cottage, she mingled feelings of family and comfort alongside business.

A sentence among Frances’ correspondence provides a poignant insight into the flurry of activities at Rest Cottage, when she remarks:

Here, we see how Rest Cottage was sometimes viewed by Willard as being a place of effort — endless hours of both speech and letter-writing. “Quill-driving” raises up the image of genuine, powerful industriousness. Another remark of Willard’s in her journal gives credence to this onslaught of work:

Writing all day-original work in AM and dictation in PM. Wild night so that we couldn’t go to hear Rev M[?] Gunsaulus. We sat in the Den-Mother Anna & I & A. read letters without end. So glad of them & yet a slave to them.[5]

What a flurry of paperwork was stormed through in “The Den.” If Rest Cottage offered a moral and spiritual repose — it did not stem the activity that went on there. If “Do Everything!” was Willard’s mantra, then this “doing” did not stop, even at home. 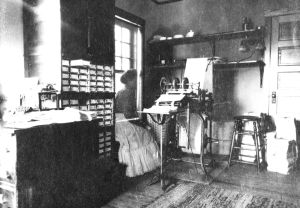 Courtesy of the Frances E. Willard Memorial Library and Archives

Certainly, we must consider the name “Rest Cottage.”  Few houses today are given ‘titles.’ Most of us probably only encounter the practice through historical walking tours or literature (“Blunderstone Rookery” from David Copperfield comes to mind), and yet for Willard, the ability to refer to ‘Rest Cottage’ deepens its presence as a living character of walls and wood: a simple quote by Frances,

“When I reached my sweet Rest Cottage home, there stood my mother, seventy-four years old, upon the steps.”[1]

—this conjures up a deep connection to home, largely because of its connection to her much beloved mother, Mary Thompson Hill Willard. For Frances Willard, there is not a single nail of Rest Cottage that does not contain some living connection to her mother. Here, we have an impressive recollection of the parlor:

Rest cottage parlor, that room dominated by Mary’s picture, and where everything else blends into a harmonious background of soft, brown tones, out of which comes the white of a bas-relief or the broad margin of an engraving. . . .and, here, during some of the choicest hours of my life, have I sat by, contented, while her consideration ennobled every subject.. . .That room always, but at those moments especially, brought to mind Coventry Patmore’s description of another such home: 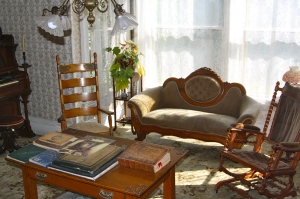 The Rest Cottage Parlor, circa 2013. Image courtesy of Amy Tyson.

For something that abode endued

With Temple-like repose, an air

With ordered freedom sweet and fair.[2]

What voice do these walls have if not consecrated by Willard’s mother? Leafing through more of her reminiscences, we can see more indications of the profound effect of Frances’ views of Rest Cottage, and how indivisible they are from her mother: “After an illness she was restored to the circle around the family altar in the sunny parlor of Rest Cottage. . . .”[3]

In this line, we can analyze the dual relationship Frances had in connection to home: sunny is the description she uses, yet it is descriptive of a traumatic moment when her mother was taken ill. Sweetness and light, alongside sorrow are all contained inside Frances’ recollections of Rest Cottage. 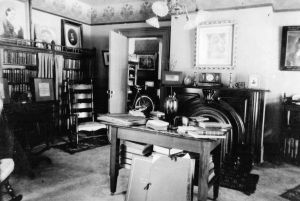 Courtesy of the Frances E. Willard Memorial Library and Archives.

From a personal standpoint, I find the passages where she describes her mother and home like this to be the most touching, and the most insightful of Willard’s recollections of home.

One can see how Rest Cottage was almost itself akin to being another family member.

Mother said one morning, as she reclined on the lounge in “The Den”, a few days before she was taken sick, and when she was predicting to me that she would soon enter upon her last illness.[7]

One emotion that must inevitably accompany any home — is sorrow. It is easy to see Frances’ voice toward Rest Cottage bearing loss with it.  Another quote bears testament to how Rest Cottage was the site of man of the more painful moments of her life:

I thought of dear, dismantled Rest Cottage-so bright one year ago and salved by my blessed Mother’s sunny, God-believing presence. Dearest Anna and I condoled with one another because since New Year’s Day last year we have each lost the one bound to us by ties of blood, of birth and nurture, whom of all our kindred we had all our lives

But perhaps nearer at each heart throb-so we hope, some believe, so I prayed, when I pressed my last kiss on Mother’s forehead as all that was mortal of her lay in the casket in the South window at Rest Cottage, and said “Goodbye, Mother, until we meet in Heaven.[8]

Perhaps to understand Frances’ view, the best voice is not her own. One of my favorite of all the quotes I’ve come across about Rest Cottage, is from her dear friend, Anna Gordon, who wrote of Frances Willard:

She had given her life to the poor and had followed Jesus Christ. She was going to Rest Cottage and to her heavenly wages and to the great white throne.[9]

Frances Willard, for whom religion and spirituality were elemental, viewed her home as a great place of repose— what better reward could Gordon describe for her than to entitle Rest Cottage as a part of heaven! Admittedly, Anna’s tone is fairly hagiographic throughout her book, yet her words on her close friend still ring true.  To become almost a part of heaven is the legacy etched into the walls through the voices of Rest Cottage.  If not always a simple place of repose, Rest Cottage always remained fundamental to her life.  Even when she bid it farewell, it was the object of her thoughts and veneration.  Frances’ voice shows us the importance and nuanced relationship she had with Rest Cottage. 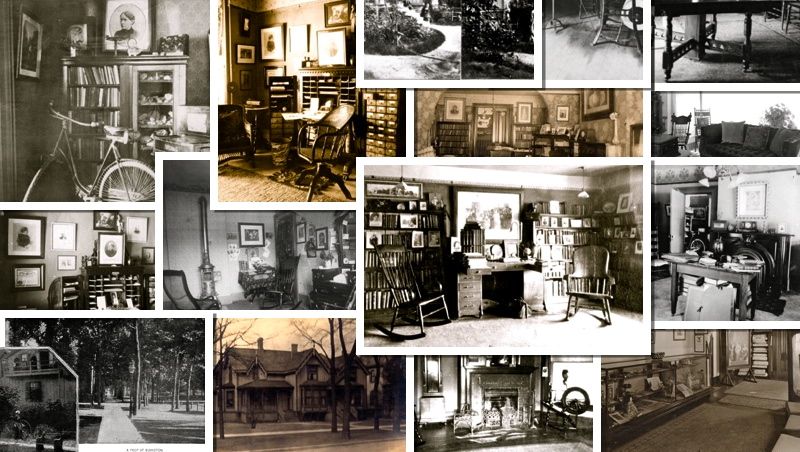 Collage made off photos from the Frances E. Willard Memorial Library and Archives.